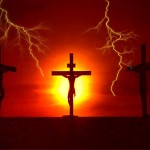 Why I continue to evangelize other “Christians”

‘Christian’ is a broad term that includes millions who have various understandings of the person and work of Jesus Christ, who identify with a myriad of Christian institutions, and who do many good works in Jesus name.   Yet, despite vast theological differences that exist among Christians, there is a persistent call for unity. The rise of Islam throughout the world, the deterioration of Christian values in the west, and the design to remove all vestiges of Christianity from the public sphere contribute to the growing rapprochement among those who call themselves Christians.

If Christianity is divided, so it is argued, then God’s love is misrepresented to the world and, if divided, it will be unable to withstand the social and political attacks it suffers in the 21st century. Consequently, there is a rising cry for Christians to not proselytize from other Christian groups.   This move to ‘Christian unity’ is represented by both ECT (Evangelicals and Catholics Together) and the WCC (World Council of Churches) who call for an end to proselytizing, as well as others.  Listen to the voice of those involved with ECT:

Three observations are in order in connection with proselytizing. First, as much as we might believe one community is more fully in accord with the Gospel than another, we as Evangelicals and Catholics affirm that opportunity and means for growth in Christian discipleship are available in our several communities. Second, the decision of the committed Christian with respect to his communal allegiance and participation must be assiduously respected. Third, in view of the large number of non-Christians in the world and the enormous challenge of our common evangelistic task, it is neither theologically legitimate nor a prudent use of resources for one Christian community to proselytize among active adherents of another Christian community [underline is mine] (http://tinyurl.com/ye5jntg).

Despite all efforts to combat it, the problem of proselytism is still with us, causing painful tensions in church relationships and undermining the credibility of the Church’s witness to God’s universal love. Ultimately, proselytism is a sign of the real scandal which is division. [underline is mine] By placing the issue of proselytism in the context of church unity and of common witness we suggest a perspective which makes it possible to approach the problem within an adequate theological framework (http://tinyurl.com/6qajmf4).

On the one hand, I agree that Christian churches should not proselytize from other Christian churches when churches agree on the essential promise of the gospel, i.e. through faith alone in the finished work of Christ on the cross and His resurrection from the dead, sinners are brought into immediate and complete reconciliation with and justification before God; thereby rejecting any notion of saving grace mediated through the church or through the addition of any human work. The gospel asserts the sufficiency and completeness of the work of Christ in redemption removing any suggestion that our acceptance before a holy God is an unfinished process.

Wherever the gospel is blurred, diluted, or rejected I will continue to evangelize. I will evangelize ‘Christians’ who depend upon the church and its sacraments to gradually infuse God’s saving grace into them; I will evangelize those whose clearest understanding of being a Christian is “I was baptized’ or ‘I go to Church’ or ‘I receive Jesus every week in communion’ or ‘I try to live by the ten commandments or the golden rule.’

I will evangelize ‘Christians’ who actually believe in a Christ who is not the Christ of the Bible. He is simply a good teacher, a prophet, or one who opens a path of salvation for some but is equally gracious to those who come another way.

Because the gospel of Jesus Christ is of ultimate and eternal importance, I will forego the temporal protection of a wider, visible Christian unity for the present and eternal security in having spiritual unity with Christ and others believers.

This is how I understand the offer of the gospel and this is why I evangelize other ‘Christians’ who are hoping to be saved, who are doing their best, who love Jesus in some romanticized way, who follow one of the various ‘Christian’ traditions hoping for eternal life, etc.

What a tragic diminution of the work of Christ to think that my salvation can be achieved or completed through my own religious effort in life or some purgatorial purification at the end.

Sadly, the call for visible Christian unity too often dilutes the clarity of the gospel. Contrary to what Evangelicals and Catholics Together say about proselytizing, it is a prudent use of resources to evangelize those who are adherents of another Christian community, when that Christian community has blurred, diluted, or rejected the gospel of Jesus Christ. And, contrary to the World Council of Churches, the real scandal is not division within ‘Christianity’, but the scandal of seeking a unity that is willing to sacrifice the gospel which alone offers eternal union with Christ.

One thought on “Why I Continue to Evangelize Other ‘Christians’”