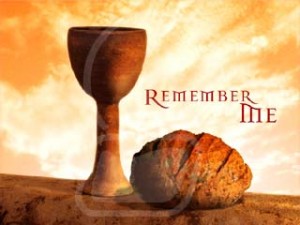 Clarifying the “Means of Grace”

The term ‘means of grace’ is used by Roman Catholics and Protestants, and many evangelicals. Historically, the term comes out of the Roman Catholic Church which teaches that the sacraments (7 of them) are means by which the saving grace of God is communicated. The Reformers retained the terminology but nuanced the understanding of the sacraments (2 of them) as ‘the means by which saving grace is applied and confirmed.’[1]

Both Roman Catholicism and Reformed Protestants institutionalize the means of grace, i.e. the sacramental means are neither available apart from institutions nor apart from the administration of ordained clergy. In many religious circles ordained men and women and religious institutions have control of the means of grace.  In Catholicism, this is taken to the extreme of the church being the repository of God’s grace which priests distribute through the sacraments. In Protestantism, denominations differ on the depth and breadth of ‘sacramentalism,’[2] while generally in agreement that the means of grace are available only through ordained clergy.

Recently, as I led the observance of the Lord’s Table, I mentioned that I preferred to call the observance of the table an ordinance rather than a sacrament.  I prefer the term ‘ordinance’ for both baptism and the Lord’s Table. They are visible signs of the gospel, instituted by Christ for His church, pointing us to the grace that God has given us in Christ. They are not means to receive the free grace of God but means by which to appreciate and value that grace.[3]  Contrary to the Westminster Shorter Catechism,[4] the ‘benefits of the New Covenant’ (WSC, 92) are ‘represented’ but not ‘sealed and applied’ to believers through the sacraments.

The Bible does not teach that baptism and the Lord’s Table are means of grace.[5] Though I appreciate much of Reformed theology, the use of the extra-biblical phrase ‘means of grace’ creates unfortunate confusion. Sacramentalism coupled with an inordinate emphasis on the institution of the church and ordained clergy mistakenly results in one’s dependence upon the church and ordained clergy to receive grace from God.

Please don’t mistake what I am saying. I believe in the church, i.e. both the church universal composed of all those who confess faith in Christ alone as Savior and Lord and the local church composed of believers in a particular locality gathered for the worship and mission of Christ. I believe in the ordination of qualified men to the ministry of the Word. I believe in the necessity of corporate worship, Christian community, and a shared gospel mission. However, the Bible does not teach that the church is a repository and dispenser of the grace of God through the sacraments.[6] While the New Testament teaches the priesthood of all believers, it does not teach that ordination grants anyone privileged access to grace which they can then mediate or distribute to others.

God’s grace is His all sufficient goodness that He offers us in and through the person and work of Jesus Christ (John 1:14-17). God’s grace is only and always mediated through the person of Jesus Christ.  When we believe God’s Word and look to Christ in faith, He gives us grace directly. There are biblical means which point us to our Gracious Savior that we might look to him in faith, such as the Word, baptism, and the Lord’s Table, but inherently they are not instrumental means of receiving grace.  We come to God through Christ for grace. The church through its ministry of the Word and ordinances has a unique role in pointing us to the grace that is in Christ Jesus.

A faithful church will encourage you to look to Christ in faith through its preaching, its public worship, its baptisms, and its celebrations of the Lord’s Table. As you look to the risen Christ in faith, you will find sufficient grace to save and sustain you.  There are numerous means which can point you to the sufficiency of the grace of Christ, but that grace can only be received from God through the mediating work of our prophet, priest, and King, Jesus Christ.

[1] Unfortunately, the wording of the Westminster Shorter Catechism allows for confusing views on the sacraments as instrumental means of grace. “A sacrament is a holy ordinance instituted by Christ; wherein by sensible signs, Christ, and the benefits of the new covenant, are represented, sealed, and applied to believers” (WSC, 92). Craig Higgins of the New York Presbytery of the PCA added the following explanatory notes to the catechism. 1) “A sacrament is ordained by Christ; they are rites, involving physical elements (water, bread, wine) and actions (washing, eating, drinking), in the context of the Word of God. “ 2) “Note that the catechism’s answer refers to ‘Christ and the benefits of the new covenant.’ In other words, not only the saving fruit of Christ’s work, but also Christ himself, [my underlining] is ‘represented, sealed, and applied to believers’” (Appendix C. Metropolitan New York Presbytery Study Guide on the Sacraments. By Craig Higgins).

[2] Though I understand the root of the word ‘sacrament,’ as something that is sacred, those who practice sacramentalism and sacerdotalism see both baptism and the Lord’s Table and other alleged sacraments as instrumental means of grace. By ‘instrumental means of grace’ they mean that something (i.e. grace) is given to the recipient by God through the instruments, such as baptism and the Lord’s Table. Roman Catholics and Anglicans increase the number of sacraments.  Protestants often refer to other acts like preaching, prayer, etc. as means of grace.

[3] For clarification see J.C Ryle on “The Lord’s Supper” (http://www.gracegems.org/Ryle/lords_supper.htm).

[5] Of the 116 verses in the New Testament that speak of grace, not one of them connects grace to a sacrament or ordinance.

One thought on “Clarifying the ‘Means of Grace’”