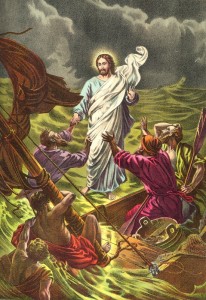 The immutability of Christ comforts and assures us through the inevitable changes of life.  Life is full of changes – some for the better – some for the worse.  In a world of rapid and unpredictable change, we know one who is the same, yesterday, today, and forever.  This immutable character of Jesus Christ concludes the book of Hebrews in a similar way to how the book began. Listen to some of those beginning words:

Hebrews 1:8-12   8 ¶ But of the Son he says, “Your throne, O God, is forever and ever, the scepter of uprightness is the scepter of your kingdom.  9 You have loved righteousness and hated wickedness; therefore God, your God, has anointed you with the oil of gladness beyond your companions.”  10 And, “You, Lord, laid the foundation of the earth in the beginning, and the heavens are the work of your hands;  11 they will perish, but you remain; they will all wear out like a garment,  12 like a robe you will roll them up, like a garment they will be changed. But you are the same, and your years will have no end.”

Is not this our comfort? He is the same. In a world where governments change, economies change, physical appearances changes, friends changes, climates change (so I’m told) —  In a world of certain, but unpredictable change, what can you depend on?

This is the central question of the book of Hebrews and the central issue of life? WHO IS THIS IMMUTABLE JESUS? Is Jesus the same – yesterday, today, and forever? The resounding answer is Jesus is the Same.  As you read through the book of Hebrews you will find the at least following affirmations about the immutability of Jesus.