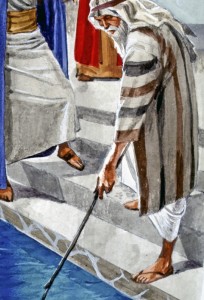 Exodus 7-10 tells the story of God’s demonstration of power over the false gods of Egypt and His power over the hearts of powerful men. The contest between Moses and the magicians of Egypt at first appears to be an equal match but soon the unequaled power of God is demonstrated. I imagine that the faith of Moses, Aaron, and the people is initially tested as they see the magicians duplicate the first three signs.  But as Moses and Aaron persist in trusting and obeying God, Israel witnesses a God who is triumphant over all opposition.

The resurrection of Jesus Christ is God’s ultimate sign that the powers of evil and the false gods of this world have been vanquished at the cross – for through death, He destroyed him who had the power of death.

It is a challenge and a joy to labor in a city where idolatry is rampant and where false gods appear to be invincible. The idols of pleasure, success, education, religion, money, drugs, promiscuity offer to city dwellers the approval, comfort, and security for which their souls long. At times these false gods appear real enough as they give an enticing taste of what they promise. This taste and promise of more keeps the idolatry alive. But the well is not deep and eventually runs dry.

We persist in pointing people to the ultimate sign of our God’s triumph over the powers of evil and the idols of this age – the resurrection of Jesus Christ. We know that because Christ in His death has vanquished sin, Satan, and death, he promises not only an enticing taste but an eternal satisfaction.