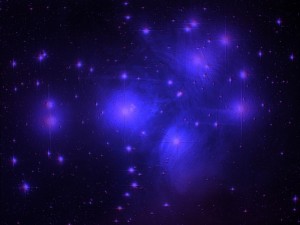 Genesis begins with God and ends with the dying words of Joseph who prophesied that God would visit his people and redeem them from Egypt.  Genesis is a gospel story, i.e. the entire book is the first chapter in the grand narrative of God’s redeeming grace. It begins with the story of creation which prepares us for redemptive themes as God by His word calls light out of darkness and order out of chaos.  Genesis is about blessing and loss of blessing, about innocence and loss of innocence, about exile and a longing to find rest. It is about an Edenic garden-temple and the divine commission of stewardship and worship; it is about rebellion, about spiritual conflict, and the promise of One who would triumph over evil.

Genesis 1-11 provides the prologue to the story line of the Bible in telling us of a once good world that is now fallen, broken, divided, and in rebellion. Genesis 12 begins the redemptive story of how God recreates a new people, a new land,  and a new mission of bringing blessing to the nations of the world. Israel becomes the new humanity to succeed where Adam had failed.  Israel will also fail as Adam did, and as we read the story of Israel, we yet long for the One who will triumph over evil and truly bring blessing to the nations of the world.

Genesis offers insight and encouragement to those who live and minister in urban environments. Though the world began in a garden-temple it eventually arrives at an urban temple. There are indications in Genesis that those who are made in God’s image seek community and urban living offers the promise of community. The first major attempt at city-building in Genesis represents man in rebellion against God. Contrariwise, the New Testament tells us that Abraham was looking for a city, whose builder and maker was God. Abraham desired a city designed for worship, not a Babel like monument to human rebellion. Human cities most often represent rebellion, not worship, and need redemption. Genesis offers much insight into how the unfolding story of the gospel relates to the desperate plight of urban dwellers as they seek to find rest and community in urban temples that worship the creature rather than the Creator.