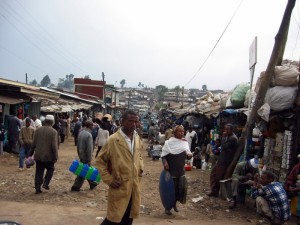 Genesis has introduced us to the Creator-Redeemer God who graciously gives mankind a garden-temple in which to serve God and from which to extend the worship of God throughout the earth.

After the progression of sin and rebellion, mankind and the earth are eventually judged by God in a worldwide flood. Consequently, after the flood Noah and his descendants are given the renewed kingdom responsibility in a new world, but they also fail to extend the worship of God, choosing instead to congregate at Babel. Again, the world is judged; this time through dispersion.

The story line of Abraham’s family keeps the reader wondering whether they will be the people who will extend the worship of God throughout the earth and unify the nations in the worship of God. The story unfolds with moments of success in their being the people who carry out God’s purposes but also includes too many moments of forgetfulness, neglect, and outright rebellion against God’s purposes.

As we read Genesis through eyes and hearts illumined by New Testament revelation, we understand that the successes and failures of the descendants of Abraham provoke us to anticipate the One whom God promised would ultimately defeat Satan and not only succeed where Adam had failed but would triumph more gloriously over sin and death. Through this One the worship of God would be extended through the earth and the nations of the world would be unified in their worship of God.

Today, because of the triumph of Jesus Christ over sin and death, through His body, the church, His kingdom is quietly being extended through the earth and people of all nations are joining together in worship of the Triune God.

Cities are not the only places where there is evidence of that happening, but in a unique way, city churches can become a microcosm of the multi-national, multi-ethnic, world-wide worship that God desires.

Cities churches offer a greater possibility for tasting the cosmopolitan worship of the New Creation, where people from every tongue and nation will join together in the worship of the living God.

Cities offer opportunity to those who are now the seed of Abraham in Christ to be His people in extending the worship of God among the nations of the earth and seeing the diversity of the world brought together in unity in Christ.

Cities are the crucibles which test the power of the gospel to create new communities that are unified in their love of Christ and in their commitment to do justice and love mercy in the midst of depravity and diversity.