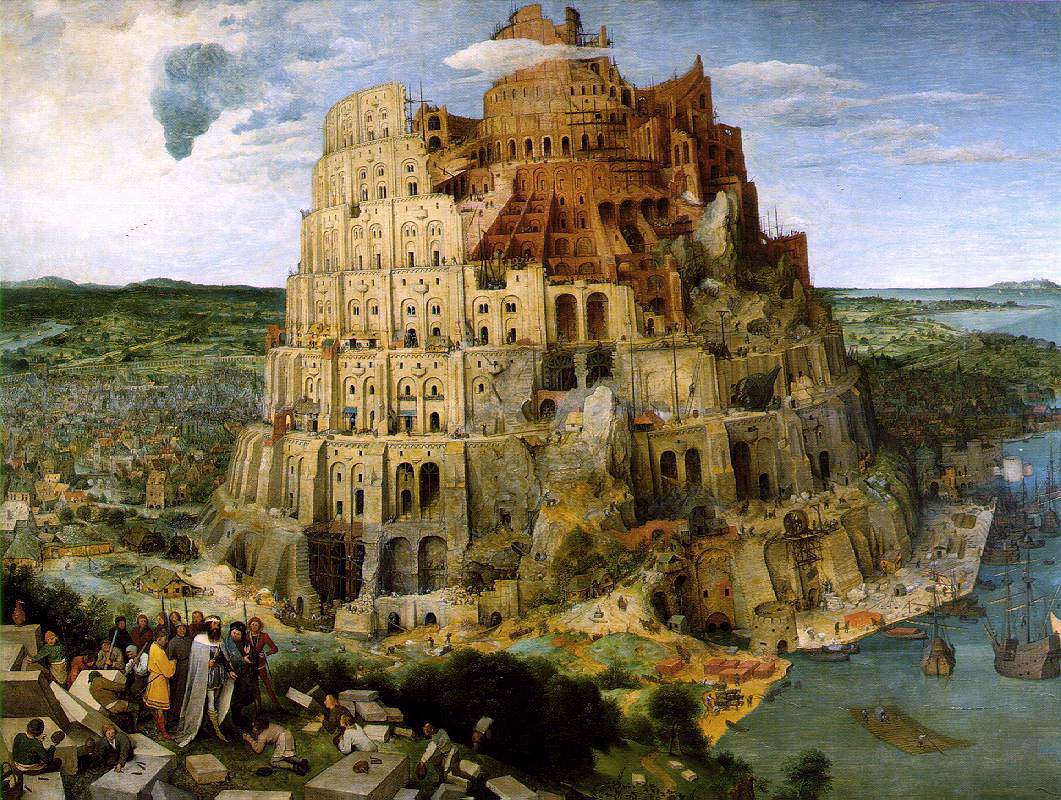 ­­Genesis 10-11 shows again the effects of the fall in the revolt of humankind against their Creator God. Here fallen mankind seeks to find security and peace through their united efforts in city building. Instead of scattering throughout the earth to fulfill the creation mandate, they build a tower to symbolize their united effort to develop human society their own way. Their common language, which is a gift of God designed to make possible God-centered community, is instead used in an attempt to secure their lives apart from God.

God confuses their language and scatters them in judgment. Yet, in the midst of that judgment there is grace. As humankind begins to experience the fragility of their idolatrous, self-made security, they may begin to seek the True Prince of Peace.

Acts 17:26-27   26 And he made from one man every nation of mankind to live on all the face of the earth, having determined allotted periods and the boundaries of their dwelling place,  27 that they should seek God, in the hope that they might feel their way toward him and find him.

Humankind scattered in judgment and in grace awaits God’s redeeming intervention. That intervention is anticipated in the genealogy that leads to Abraham who will model the way of justification by faith.

The geographical and linguistic divisions of the human race are largely being erased today in a world where travel, commerce, and technology transfer people, products, and information across all boundaries. Also, institutions like the United Nations attempt to bring together this divided world, pursuing a Babel-like security. Cities often become, not the melting pots, but the stews, where these diverse people live in the same city but yet remain separate. Despite all the programs on multiculturalism and diversity, all human attempts to unify the nations that ignore the need to be first reconciled to the Creator God ultimately fail.

The way to re-unify the nations of the world is modeled in Abraham who exemplifies the way of justification by faith and whose descendant, Jesus, will eventually be the One who reconciles people to God and to each other.         Urban church planting has the unique opportunity and joy of experiencing the unity of the nations that only the gospel can bring. People who were formerly divided by economic, racial, and educational barriers now gather together in the gospel to worship Jesus Christ as Lord and King of all the nations. We are beginning to taste this at Grace Church of Philly (www.gracechurchphilly.org) and we long for more.