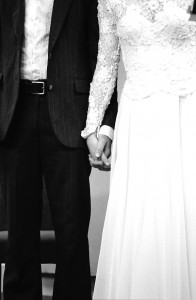 In the Hellenistic world of the 1st Century women generally had a submissive role in society. There was little or no sense of egalitarianism – the full equality of men and women in ancient cultures.  A women’s role, not only in relationship to her husband but to men in general, was seen as having lesser value. Paul Achtemeier puts it this way:

Dominant among the elite was the notion that the woman was by nature inferior to the man. Because she lacked the capacity for reason that the male had, she was ruled rather by her emotions, and was as a result given to poor judgment, immorality, intemperance, wickedness, avarice, she was untrustworthy, contentious, and as a result it was her place to obey (Achtemeier 1996, 206).

In footnoting that paragraph, Achtemeier references Plutrach, Seneca, Petronius, Plato, Josephus, Tacitus and others. There were always women in society who resisted this role of blanket subservience, but for the most part this was the plight of woman in the 1st Century world.

Peter speaks to wives who have become believers in the midst of this world. Along with other believers, these women are called aliens of the dispersion – people who belong to the kingdom of Jesus yet are living in the kingdom of Caesar.

These wives are among those who are chosen of God, with a living hope, and an unearthly joy. They are called to be holy, to live in reverence, and to love the church. They belong to a community of the word, a community of worship, and a community of witness.

How then does the gospel transform the way they live in relationship to their husbands and to other men? What Peter calls believing wives to do is not maintain the status quo but to practice a new willing submission to their own husbands that seeks to glorify God. In emphasizing this submission ‘to your own husbands,’ he also implies a new understanding for all women within societies that denigrate the value of women.

A Christian wife’s view of submission to her husband is transformed by no longer viewing it as an imposition of a society that devalues women but rather as the will of God for her life.  Peter upholds the headship of the husband (whether he is a believer or not). Though he does not argue for this headship, as Paul does, based on creation order, we can assume that Peter held the same view. That is, that submission is not something that is inherently evil; that it existed before the fall, that is modeled within the Trinity’s redemptive roles, and that ultimately the headship of a husband reflects the headship of Christ over His church. A Christian wife’s submission is now her willing choice to glorify God.

Peter furthers implies how the gospel transforms a Christian woman in the midst of society by emphasizing that her role of submission is in regard to her own husband. There is no indication in Peter that a woman is submissive to men in general except in that all believers are to be marked by a spirit of submission. Though Peter (1 Peter 5:1-4) would uphold with other New Testament writers that the household of faith (the church) has male leadership as does the home, his call here for a woman to submit herself to her own husband leads us to believe that Peter accepts not only the male leadership of creation order but the equivalent value and responsibility of male and female in creation order.

In God’s creation order (Gen 1:26-28), male headship was never intended to diminish the fact that women are made in the image of God and that women equally with men are given the mandate to take dominion of the world. This implies the full development of their giftedness and resources in all of life, though in a marriage relationship, there would be deference to a husband’s leadership.

However, we also recognize that the entrance of sin into the world disturbs the good order of creation and that a husband’s headship often becomes abusive and oppressive and a wife may resist and contest her role in submission. We see also how sinful thinking allows society to take a leap from submission in the home >>> to thinking this means women are of lesser value or importance in the home >>> to then thinking that submission of women applies to all areas of life.

The gospel says to Christian wives, “your willing submission to your husband is God’s will for your life.” The gospel also says, “You were made in the image of God to employ alongside of men all of your giftedness in all of life. The gospel seeks to restore in you the dignity and dominion for which God created you.”