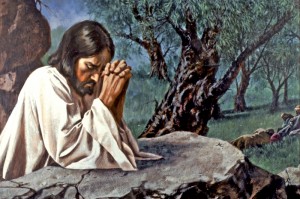 Liberal scholars do not like the Jesus of the Bible. The Bible presents Jesus as the eternal Son of the Triune God, the Creator of the world, the exclusive Redeemer of fallen mankind, and the final Judge of the entire world.

Listen to what some of the biblical authors wrote about Jesus:

John 1:1 In the beginning was the Word, and the Word was with God, and the Word was God. 2 He was in the beginning with God. 3 All things were made through Him, and without Him nothing was made that was made. 4 In Him was life, and the life was the light of men. 14 The Word became flesh and made his dwelling among us. We have seen his glory, the glory of the One and Only, who came from the Father, full of grace and truth.

1 Corinthians 1:30 But of Him you are in Christ Jesus, who became for us wisdom from God — and righteousness and sanctification and redemption –

Colossians 2:3 3 in whom are hidden all the treasures of wisdom and knowledge.

Hebrews 1:1 God, who at various times and in various ways spoke in time past to the fathers by the prophets, 2 has in these last days spoken to us by His Son, whom He has appointed heir of all things, through whom also He made the worlds; 3 who being the brightness of His glory and the express image of His person, and upholding all things by the word of His power, when He had by Himself purged our sins, sat down at the right hand of the Majesty on high, 4 having become so much better than the angels, as He has by inheritance obtained a more excellent name than they.

Because Jesus Seminar scholars repudiate the Jesus of the New Testament, they allege that the gospels are full of errors. Antagonism against the Jesus of the New Testament is the main presupposition of liberal scholarship. Furthermore, their predisposition against the possibility of miracles prevents them from reading the Bible as history. They also without evidence hypothesize that the lofty words of Christ as recorded in Scripture were actually put in his mouth by Christians from a later time.

A more conservative scholar asks this question, “Can the new Jesus save us?” The answer is ‘no.’ The new Jesus of the Jesus seminar is not even interested in saving us. He’s not even sure we need saving and, even if we did need saving, this New Jesus has been eviscerated of any divine saving power.

The Jesus Seminar has produced no compelling reasons for Christians to disbelieve these words as spoken by Jesus Christ: I am the way, the truth, and the life: no one comes to the Father except through me. The Son of Man came to give his life as a ransom for many. Come to me all you who labor and are heavy burdened and I will give you rest.