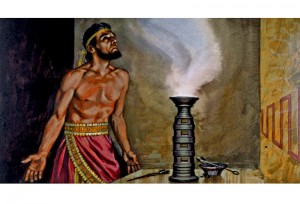 Does it really matter what you believe about God?

Immediately someone will respond and say that I am a bigot for making that statement, but I think even they know I am simply saying what is obvious to all thinking people.  Yes, the modern depraved mind seeks to escape the dilemma of deciding which ‘faith’ is true by redefining truth as “true to me” or “true to you” or “culturally formed truth.” But again, in most other areas, the thinking person realizes how silly it is to speak of truth as something that is purely relative. If it is ‘true to me’ without regard to any correspondence to reality, then it is really an illusion.  Illusions may at times be comfortable but eventually a disconnect from reality leads to danger.

Is it really safe to build your life and destiny on something that is simply ‘true to you’? If it’s ‘true to you’, but not true to the God ‘who is truth’, can it really be true at all?

I know that is it not politically correct to say another’s belief is wrong or that one belief system is better than another. But, neither is it intellectually honest or spiritually safe to say that truth only exists in one’s mind or it really doesn’t matter what you believe.

Now, none of the above matters, if it is not true. But since Jesus rose again from the dead, He is affirmed as the one who is ‘the truth.’

30 The times of ignorance God overlooked, but now he commands all people everywhere to repent, 31 because he has fixed a day on which he will judge the world in righteousness by a man whom he has appointed; and of this he has given assurance to all by raising him from the dead.” (Acts 17)