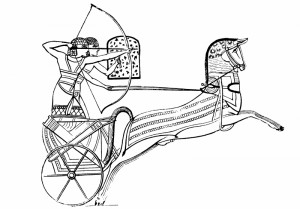 In Exodus One we find God blessing his people causing them to multiply just as he promised to Abraham, Isaac, and Jacob. Their experience of blessing causes concern for the Egyptians who feel threatened by the growing strength of God’s people. The Egyptians failed to realize that God’s blessing upon His people was intended to bring blessing to the nations of the world. Rather than enjoy the blessing that God’s intended, the Egyptians devise a way to diminish the influence and strength of the people of God. Nevertheless, God providentially works in behalf of His people by turning the hearts of some Egyptians toward them. Consequently, the people of God continue to multiply. When the quintessential seed of Abraham eventually arrives on the scene, his appearance is also seen as a threat and attempts are made at his birth and throughout his life to eliminate him. Conversely, the Sovereign Lord allows His life to be taken so that in His death and resurrection, he may become the greatest blessing to the nations of the world.

The growing presence of Christians and new churches in urban communities may likewise be mistaken as a threat rather than be seen as a blessing to cities. Unfortunately, the false triumphalism of some movements, the theonomic tendencies of others, and the right-wing politics of segments of evangelicalism and fundamentalism give a basis for those fears. When believers move into the city to correct, control, and to dominate, rather than to love and to serve, they not only mistake their role but they justify the animosity of those outside the church. The kingdom of Jesus is not a socio-political movement that transforms society by power and coercion but rather transforms by creating new gospel-communities of love, mercy, and service to others. We become a blessing by being the merciful people of God.