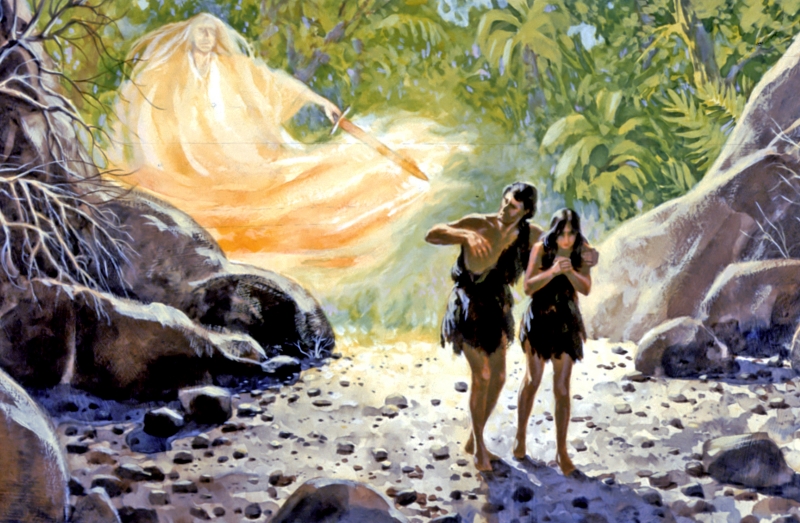 As we saw in Genesis 2, God established a relationship with Adam — the King to his sub-regent and the Sovereign Lord to a priest. In Adam’s relationship as sub-regent and priest he was to rule under God’s command and worship God through his obedient priestly service in the Garden-Temple. Instead, Adam revolted and chose to act independently of God, believing the seductions of the anti-god, the Serpent. Adam relinquishes faith in God’s plan for his life and instead seeks to achieve life his own way. In so doing, he experiences death, initially seen in his alienation from God. He no longer worships and anticipates the presence of God but rather shrinks back in fear, for he knows that his sin calls for judgment.

Romans 5 reminds us that all of us were in Adam. His revolt it our revolt. His sin is our sin. His alienation from God and banishment from the garden is our plight.

Genesis 3 explains to us the feeling of banishment with which we live. We sense that something is lost. We cannot always define that lost-ness but nevertheless it is common to all humans. We search futilely to fill the void and regain what is lost.

The urban centers of the world increase our sense of lost-ness and loneliness. Yes, you may feel lost and alone in the wilderness or on a secluded mountain top, but you can hear the noises of the city, be pressed upon by the crowds, be surrounded by tall lighted occupied high-rises, and yet be alone. This deep loneliness and lost-ness when suffered in the midst of all the sights and sounds of life is painful. The often fragile and trivial communities of work, neighborhood, and play cannot assuage the loneliness of the soul that is estranged from God. Cities then become a harvest field for the gospel because they prove that neither the best or worst of human culture and society can fill that deep emptiness of the soul.

The cry of Jesus from the cross “my God, my God, why have you abandoned me” is our cry. He suffers banishment from His Father so that we may be restored to the Father. The Paradise that is lost because of human rebellion is regained through the obedient sacrifice of Jesus Christ.