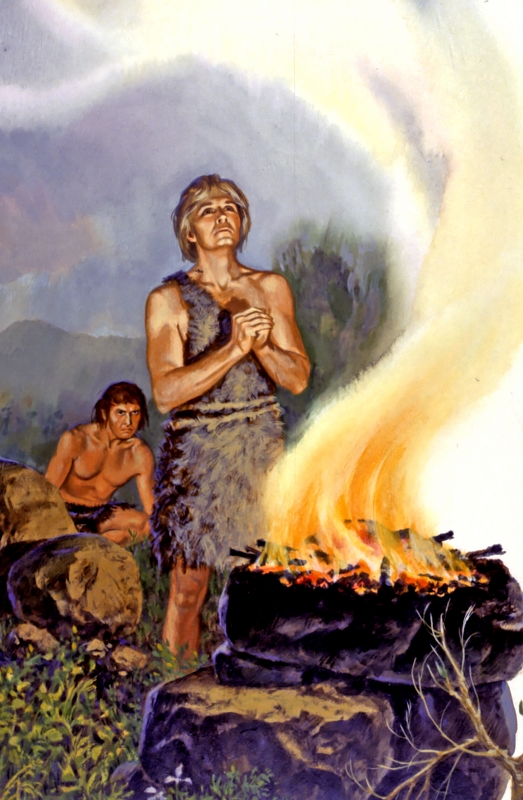 Genesis 4 gives evidence of humankind’s downfall. The brokenness of human relationships brought about by sin is seen in fratricide. The seeds of false religion begin to sprout in Cain’s tokenism through which he seeks God’s favor in the deficient works of his own hands.  The jealous hatred of the true way is seen in the murder of Abel.  Yet, the mercy of God is evident as He allows Cain to live and the common grace of God is seen in that fallen, rebellious humans advance culture and civilization in God’s world. The image of God is effaced but not erased; however, their creative endeavors serve rather as an idolatrous refuge instead of acts of faithful worship to their Creator God. In rebellion they seek to build a city in which they find refuge, while the godly, like Seth, begin to look for a ‘heavenly city, whose builder and maker is God.” Through Seth, God’s promise to give a ‘seed’ that will destroy the Serpent begins to take shape.

Those in rebellion against God at times seek to develop culture and civilization as an idolatrous refuge from the ravages of sin. The highest expressions of human culture are found in urban centers with their magnificent art museums, orchestras, theaters, and institutions of learning. Cities are the temples where economics and commerce are worshipped. Yet, these man-made temples become empty substitutes as one seeks vainly to find meaning and significance in life. Instead of advancing culture and commerce as an expression of worship and service to God, we seek in cultural advancement the fulfillment in life that only a relationship with God can bring.

On the other hand, cities often give evidence of the kind of jealous and violent rejection of true worship that Cain had for Abel  Christianity has not often done well in the cities, overwhelmed by the appealing lure of high culture and overly challenged by the problems of crime, poverty, poor education, and racism. Consequently, Christianity is marginalized, considered irrelevant, deemed powerless to compete with the appeal of high culture, and fearful to coexist with the challenges of a broken society. The Christian answer has been to flee the city and to seek refuge in a monocultural, more pristine, suburban world, instead of seeking refuge in the living God. “White flight,” as it has been called, is the sad public confession of an anemic Christianity that has lost faith in the power of the gospel to transform lives and societies.

Nevertheless, there are some who believe that the seed, promised through the line of Seth, who would ultimately destroy the works of the devil, has come. They are neither enamored by the appeal of high culture nor dismayed by the brokenness of urban communities. They see the beauty of the gospel and the deep –soul-satisfaction of the gospel as the answer for the empty worship of cultural advancement. The see the power and forgiveness of the gospel as the answer for the broken relationships with God, with family, with the world, and within themselves that are the root of the most of the social ills of the city.

Those who know the true and living God through the promised Redeemer King seek through the gospel the transformation of people, culture and civilization as sub-regents under His rule and as priests who seek to worship Him in all they do. Nevertheless, as they do so in their temporal cities, they continue to look for the eternal city that God builds.  “Even so, come, Lord Jesus.” 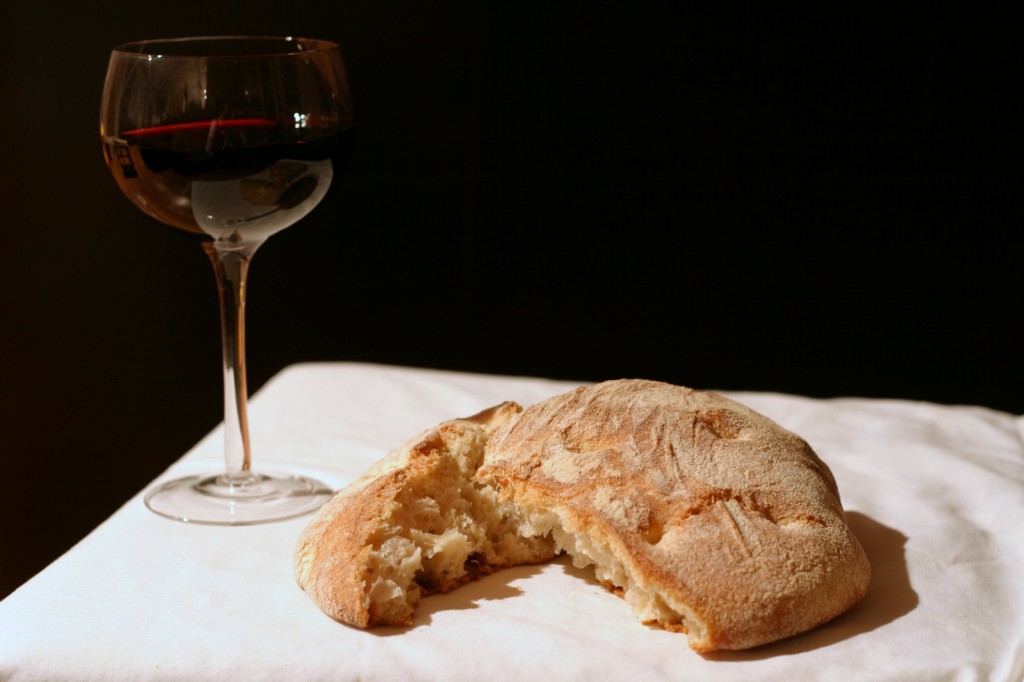 At Grace Church of Philly our weekly celebration of the Lord’s Table visibly and tangibly expresses the centrality of the gospel in the life of the church. At the Table, God places before His people the best nourishment that He can offer – the atoning work of His Son, as represented in the bread and wine. At the Table, we receive that nourishment as we look in faith to Jesus Christ as represented in these elements. As we physically taste and experience the bread and wine in eating and drinking, we also spiritually experience His nourishment in our coming to and believing in the One, who died for sinners and rose again. END_OF_DOCUMENT_TOKEN_TO_BE_REPLACED