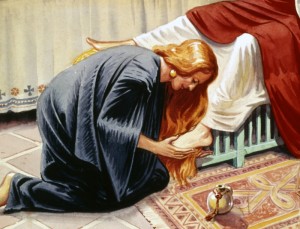 Four Cries of the Soul

In my experience with people from a variety of cultures, I have found these four searches to be a common thread with all people whether they are post-modern or modern, Eastern or Western, agnostic, skeptic, or believing, young or old, rich or poor.  My experience with what I will call ‘the four cries of the soul’ is consistent with the biblical picture of humanity.

The soul cries out in search for the lost identity of being created in the image of God, which essentially consisted of capacity for relationship with God. This image, though not erased by human rebellion, is now effaced. The traces of the image which remain initiate the search for a fuller identity, seeking answers to the questions – who am I, from where did I Come, why am I here, and where am I going?

Also, the soul cries out for the restoration of the community for which God created humanity. Humanity cannot live fully in isolation but rather longs for a context where one can love and be loved. Originally, when humankind was created (Gen 1:26, 2:18) God determined that humankind should not be a singular lonely being but one sharing likeness to and community with another. Humanity is essentially communal and every soul cries out for this relationship with others.

Additionally, the soul cries out for meaning – an intelligent plausible explanation for the struggles and incongruities of human existences. Everyone lives with the awareness that something is wrong with the world we live in.  The soul especially longs for a resolution between a God of compassion, order, justice, and purpose and a world of suffering, disorder, injustice and indifference.

Finally, the soul cries out for hope in the midst of a world of despair. Every soul intuitively knows there must be something better than what is presently experienced and longs for encouraging hope that there is something better.

Now, even though cultures shape both the ways these four searches are understood and the paths these searches take to find fulfillment, ultimately these searches share more commonalties than differences. These four foundational searches are common cries of the human soul. They are the cries of your soul.

As followers of Jesus Christ, we have found that each of these searches finds its resolution in the person and work of Jesus Christ. In his incarnation he exemplifies the ideal human identity as one who knows God and does the will of God. In his life and ministry, especially through the calling of the disciples, he modeled the community that our souls desire. In his crucifixion, he brings the problem of suffering to the forefront and offers us His example of trust in His Father’s sovereignty as the ultimate ‘meaning’ for life. In his resurrection, he assures us that there is hope even in and after the most unjust, horrible, tragedies of life.

When we come to Christ in faith, a process of restoring the lost identity is begun and in Him we begin to understand who we really are; in Christ and with his people we begin to experience the community for which our souls cry; in Christ, we begin to realize that our suffering is no less within the Sovereign plan of God than was the suffering of Christ. We are assured by the cross that despite the suffering, disorder, injustice, and indifference in the world, there is a God of order, justice, and purpose; and through the resurrection of Jesus Christ, we are given a new life of hope which is a foretaste of the world to come – a world in which all four foundational searches, i.e. these four cries of the human soul, are fully and finally, forever satisfied.

At Grace Church of Philly we seek to minister to others, understanding these four cries of the soul. We minister and lead, as those who hear these cries from our own souls, yet have begun to realize that Jesus hears and responds to those cries. In following him, our longing for identity, community, meaning, and hope is gradually and progressively being satisfied, as we await the ultimate resolution of these cries at His coming.

One thought on “Four Cries of the Soul”